Change at the BVZL – Anna M. Bailey follows Christian Seidl as New Head of the US Section 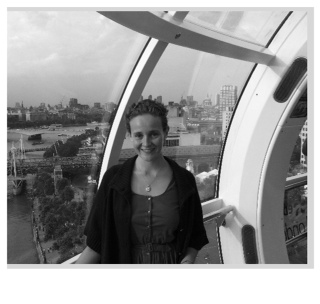 The US life settlement expert Anna Bailey succeeds Christian Seidl, Member BVZL Executive Board, in his additional position as Head of the US Section. The founder and managing partner of the US company Chestnut Capital Management, LLC has many years of experience in the US secondary and tertiary market for life insurance policies. “We are very pleased that Anna Bailey has taken over the lead of our US Section and that BVZL can benefit from her know-how and her network,” says Christian Seidl.

Anna Bailey can look back on several senior positions in the US life settlement business. Prior to founding Chestnut Capital Management at the end of 2018, she spent five years as Chief Investment Officer at RiverRock Funds in Austin, Texas. Prior to that, she was a Director at LifebondXchange S.A. in Munich for almost a year. From 2009 to 2013 she was Director of Business Development at MLF LexServ, LP in Bethesda, Maryland and from 2007 to 2009 Director of Operations at Secondary Life Capital, LLC in Washington, DC. Anna Bailey has been pretty active in the industry associations already in the past and chaired the European Life Settlement Association (ELSA) between 2011-2013. She is bilingual, German and English, and holds a Master of Arts degree in German from the University of Maryland.
Anna Bailey is a regular speaker and moderator at industry events and conferences. In her new role as Head of the US Department, she will help the BVZL to become more visible again at international conferences and in particular promote the BVZL initiatives in the area of US Life Settlements.

About the BVZL: The companies and service providers associated in the Bundesverband Vermögensanlagen im Zweitmarkt Lebensversicherungen (BVZL) e.V. are engaged in the secondary markets for life insurance policies all over the world. Since its establishment in May 2004, the association with its currently 18 members has served to represent economic, legal and political interests and has been in constant dialogue with politicians, opinion leaders, the public and other lobbying groups to further promote the dynamic development of the segment. BVZL’s primary objective is to develop industry standards in terms of transparency and comparability of the various investment segments (British, German and American life insurance policies) to steadily improve the preconditions for successful investments in these very diverse asset classes.